It's in the Trees, it's Coming! Kate Bush Releases Before the Dawn Live Recording | Nymphya 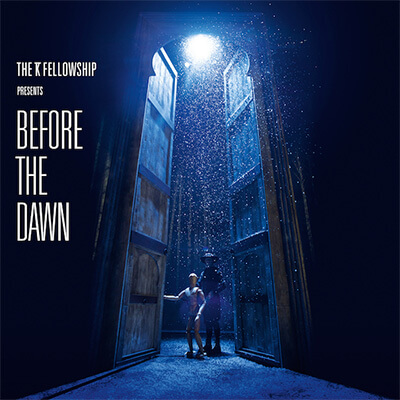 Kate Bush has been called a half faerie singer-songwriter, and nearly every quirky female pop artist who has followed her tends to get compared to her.

Being a quirky, female, half faerie singer-songwriter / producer myself who has also been compared to her, Kate Bush has been supremely impactful on my music-making for my release Dream Dance.

So, when Before the Dawn—Kate Bush’s first live concert since 1979—was announced in 2014, where 80,000 tickets sold out in 15 minutes and were being sold by scalpers for $1000 a piece, I have been anticipating the release of the media ever since.

Before the Dawn is being released November 25, 2016. Interestingly this release is not being promoted as a Kate Bush album, but as a product of the The KT Fellowship.

Like the shows, the 3 CD release is split into three acts: seven greatest hits, followed by a selection from Hounds of Love, (her masterpiece) and a final suite based around Aerial, (one of my favorite releases of hers) with an unreleased song called “Tawny Moon” performed by Kate’s son, Bertie. Interestingly, this audio release expands act one to include Sensual World album track Never Be Mine, which wasn’t played in the live presentation; perhaps it was rehearsed and just not included in the final show?

The performances were so rapturously received, and the connection with the audience so powerful, Kate at the time, reflected that it was among “the most extraordinary experiences of my life.”

You can download the pre-order of the mp3 US release here:

Kate requested that no one photograph or record this concert, (and of course people did anyway, posting short bootlegs on youtube), but below is the KT Fellowship official youtube Prologue, with a video montage of concert footage and other beautiful visuals:

The Telegraph UK collated a lovely gallery of images of the Hammersmith concert:

And, this is an extremely charming BBC News preview for the concert which also includes a clip of a young Kate discussing cooking:

When you order before November 1st, forward your receipt to orders@nymphya.com and you’ll receive: