The Making Of: Over the Hedge | Nymphya

×
Launch Player Menu Nymphya
The Making Of: Over the Hedge 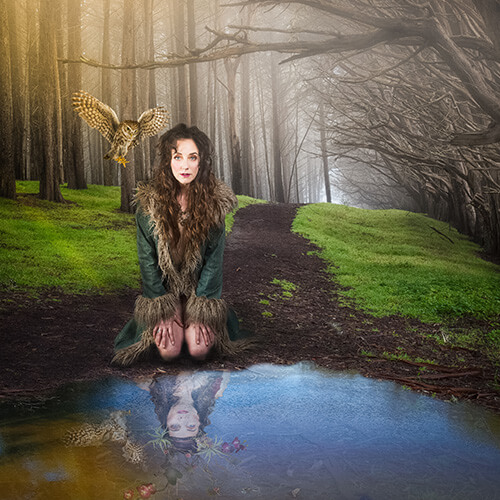 My original concept for the DREAM DANCE CD was to create the soundtrack for a live, phantasmagorical electronic music show with my sometime lyric-writing partner, Gentry Bronson, as the barker and myself as the protagonist, telling a story about the evolution of relationship.

I conceived of Over the Hedge initially as an overture; a launching point, and its original title was Fly, connoted by the soaring, high vocalese. After I laid down the basic grooves, mixing in multiple driving bass rhythms, drum beats, and synths, I recorded the classical vocals. I asked Gentry to layer in some piano parts, but somehow, they weren’t what the song was asking for.  So, I tried another pianist, Viktor Grant, who laid in his take on a piano part, which seemed to fit a little better, but somehow still didn’t hit that sweet spot; that feeling I get when I know that something is right. We mixed it, and I then proceeded to listen to it obsessively, determined to discover what was missing.

I listened, and I listened some more, but the song sat for months, unchanged.  Around this same time, Gentry informed me with trepidation that he had decided he needed to leave, and go on a journey. In essence, a walkabout. And just like that, I had lost my barker for the live show. DREAM DANCE had now become a CD unto itself.

I slowly realized, as I worked on the other tracks, that the CD itself was also now becoming a concept CD about our own walkabouts that we take when we decide to embark on this Life that is but our own dream. (Which is what the title track Dream Dance is all about).

But what launches us into this DREAM DANCE? And what comes before and after it?

Being an ongoing student and practitioner of many forms of mysticism, magic, and metaphysics, with a strong bent towards the Celtic pantheon, I had become acquainted with the hedgerow, made the most famous, perhaps, in popular music by Robert Plant’s lyrics from Stairway to Heaven: “If there’s a bustle in your hedgerow, don’t be alarmed now. It’s just the spring clean for the May Queen.”

The hedgerow in Celtic mysticism is a metaphor for the border between our mundane reality and the magical. There are meditative practices, (accompanied in the earlier times by what is called ‘flying ointment’), of catapulting yourself Over the Hedge to the other realms, initiating your journey there.

I realized that initiation is what we are all experiencing in reverse when we decide to take on being alive, to take on our DREAM DANCE.

And it is a thrilling, surprising, exhilarating, pain and awe-inducing ride.

Once I had this insight, I went back into the studio, and in a few long and very inspired sessions, re-arranged the form and re-tracked completely new parts, adding in the driving, percussive didgeridoo and acoustic guitar, and completely removing the piano.  And Over the Hedge was born, intended to give you that sense of flying; traveling through the bardos as you emerge out of the Glade and into this DREAM DANCE we call Life.