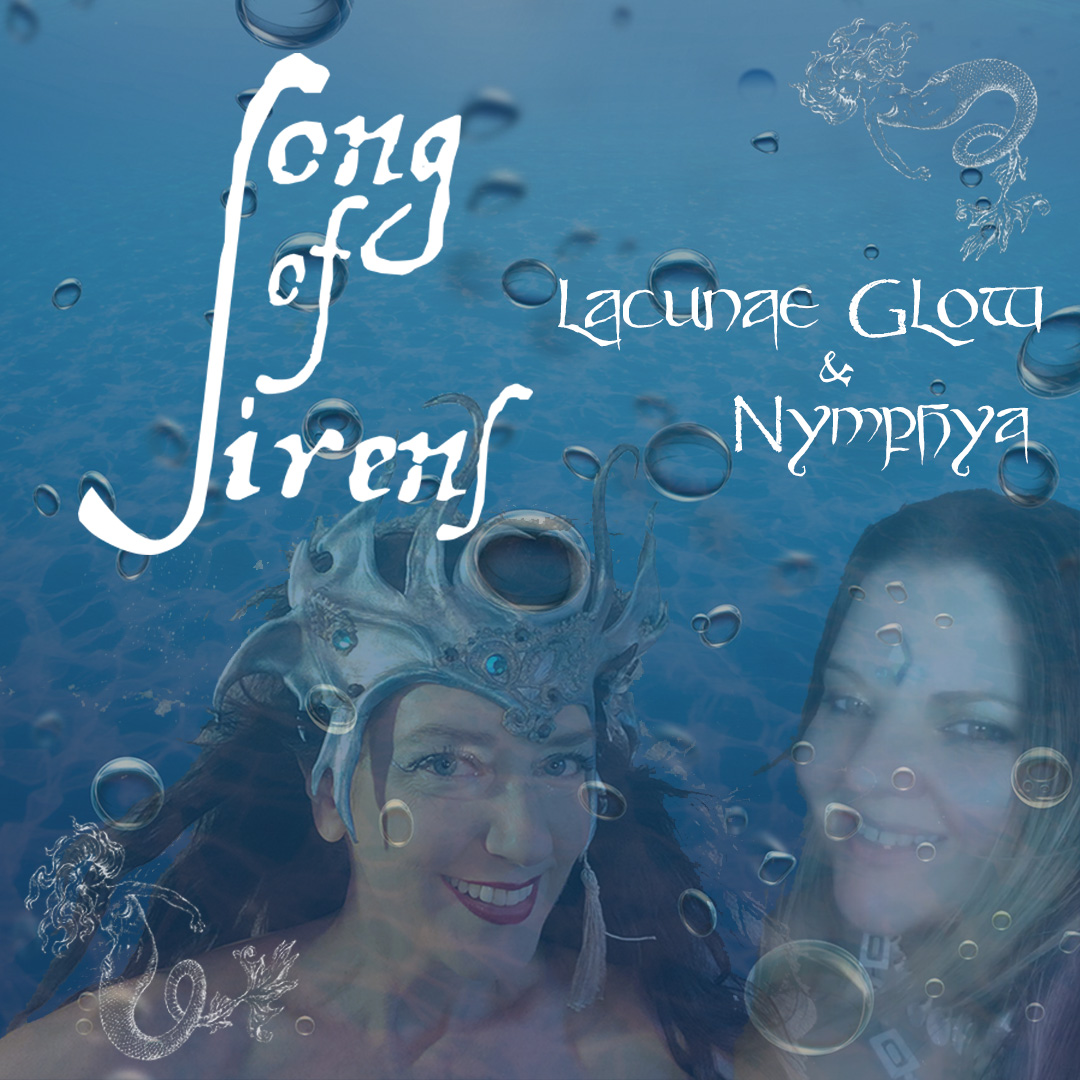 She had heard my album DREAM DANCE and was inspired by the music and the underwater cover art, so she messaged me asking if I’d like to collaborate on a project she envisioned entitled ‘Song of Sirens‘.

I was immediately intrigued, because a Siren is also known as a Sea Nymph, and so I was obviously drawn to anything related to my namesake of the nature spirits known as Nymphs. How could I resist? The Greek stories tell of Sirens as beautiful women with enchanting voices. . . who wouldn’t want to be part of that?

So I went and listened to Lacunae Glow’s oceanic Chillwave Cerulean Superus album, and I immediately fell in love with the music, her productions and her vocals.

And so it was. . . the seedling of ‘Song of Sirens’ was planted, and, our global, oceanic deep dive began. . .

A couple of weeks after I accepted working on this new song with Lacunae Glow, I received from her, via cloud sharing platforms, the music files for the framework of the song and the first verse.

I downloaded them and imported them into my studio.

Not only was I impressed by how quickly Lacunae Glow delivered, I also immediately loved the concept and the music, and sat down the next day to write and record the next verse, sending my files back to Lacunae Glow, halfway around the globe, to Australia.

As I was assembling and fleshing out the arrangement and writing, my imagination was on fire with the mermaid legends of subsuming the poor, hapless sailors beneath the waves into oblivion, and so wanted to bring that alive in the music.

But at the same time, I didn’t want a sense of doom, but rather of expectation and excitement.

Lacunae Glow and I were writing this song together via messaging, sharing music and lyrics back and forth, and somewhat seamlessly constructing this song.

We had never spoken, nor met, until one day, one of us got the great idea (I think it was Lacunae Glow) that we jump on a Zoom meeting and meet each other.

We spent 2 hours talking and laughing and philosophizing; we had a great time.

And we came away with an amazing revelation:

Although we never mentioned it to each other, we both had the same idea about what we wanted “our” Siren song to be about. . .

Not about the evil, dangerous, frightening Siren that lures the hapless sailors to their physical deaths. . .

But a celebration of the feminine aspect of love and connection and intimacy (represented by the oceanic depths) that can be frightening but also so alluring and intriguing. . . and ultimately, soothed.

And so we wove more and more beautiful Siren vocals into our arrangement, and I panned them in the mix, to swirl all around you, and to help give you the sense that you are becoming entwined, consumed, and comforted. . .

I am so excited about and proud of this release!

I hope it brings you peace and joy and beauty when you listen to and watch it.
Love,