The Making of: Wasteland | Nymphya 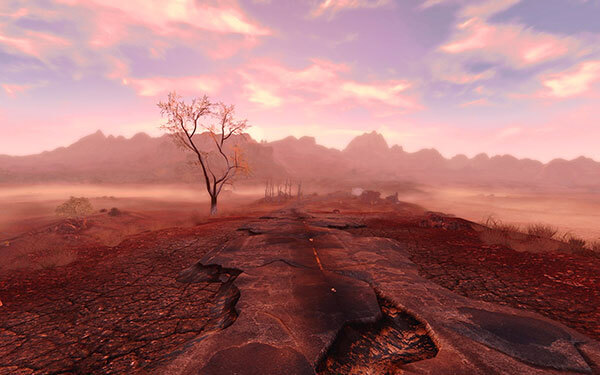 “Wasteland” was the very first song I wrote for this CD, and it holds a very, very special place in my heart for many reasons.

I asked Gentry Bronson to write some lyrics for me to arrange and compose to jump start my recording project. When he presented me with these, I was immediately taken with them. I had had a nearly identical experience of walking in my own wasteland the months following Keith’s death. I remember particularly a vision I had had at that time of me standing, silhouetted against a red, sunset sky, surrounded on all sides, as far as I could see, by smoldering ruins of pure desolation.

But, in that vision, I was also still standing, and it was from that vision that I knew I would survive.

I wanted the music to evoke a similar desert wasteland, so as the melody revealed itself to me after I laid down the basic rhythm parts, I knew I also needed to add in some Middle Eastern musical elements. I searched through my library of sounds, and online, and ended up finding some incredible patches. (One of which was gifted to me in a suite of sounds by Iasos, the Greek, New Age musician.)

The chorus of this song came during one of “those” moments that artists talk about a lot.  It was very late at night, and I was deeply immersed in the joy of creation, in a reverie; an exalted state, even. And the chorus appeared from out of the ethers, it seemed. It certainly wasn’t mine; it felt like it came from somewhere else. I laid it down, and layered the voices, and I remember I listened to it about 30 times, over and over.  And I cried.

I had two other moments of grace with the writing of Wasteland. The next one was when I had come to the bridge. I had no idea how I was going to develop the bridge, or where it was going to go, or what I was going to do about it. All I knew was that I needed one.  It was another very late night, and I just randomly decided to click on one of the rhythm loops in the track that Iasos had given me, and expand it to the right. I have no idea why I did that, but I know that in doing so, I managed to uncover this extraordinary jewel; like a treasure hiding in plain sight.  This loop, unlike any other loop I had ever used, had a full development section of a rhythm solo that carried it off into a frenzy that I could’ve never programmed in by hand.

There was the bridge.  With that fuel, the rest blossomed forth, and I added cello, and vocals, and keyboard, and acoustic guitar, until it all came right back around home again to the A section. The mathematical magic of music!

My final moment of grace with Wasteland was probably the most fortuitous. I knew that of all the instruments that I was going to need for Dream Dance, bass was the 2nd most important, (aside from drums) and the one I was least qualified to play. I could sing bass parts (in my octave), but playing them was a whole other matter.

After hearing the out-of-this-world job Ray Schaeffer, the bass player from my psychedelic, avant-garde electric band Tri-Cornered Tent Show, did with our recent studio recording, I asked him if he would be interested in working on this project with me. I sent him the rough mix of Wasteland for him to lay down some ideas. When I heard his sketched out parts, which were almost exactly what I had heard in my own mind’s ear, I knew this was a match.  Thus began his collaboration as bassist for all of the tracks on Dream Dance, as well as trusted mixologist, assistant producer, and treasured friend.

And so, as I walked through this Wasteland, the journey began. And oh, what a long strange, trip it’s been.