The Making of: We Carry On - Nymphya

×
Launch Player Menu Nymphya
The Making of: We Carry On 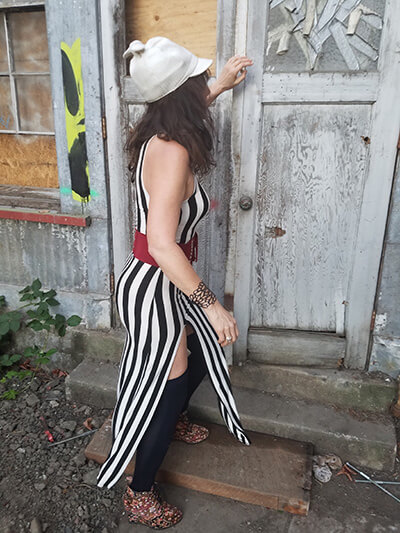 Of all the songs on DREAM DANCE, this one was probably the MOST challenging.

I had my struggles with others, to be sure. Dream Dance, the song itself, presented multiple difficulties (culminating with 27 versions of it)!

But We Carry On was its own beast.

I had set myself a goal to write a pop anthem reminiscent of Lady Gaga or Katy Perry or Rihanna; a song that could make a stadium of people jump up and sing along at the top of their lungs.

(As an eclecticist, amongst the shards of classical, experimental, ambient, shoe gaze, progressive, and alt-country, shines a sliver of a straight ahead pop lover).

And, you heard it here first (or maybe not  . . .): Writing a great pop anthem is much easier said than done!

The genesis of the idea for this song came from discussions with Gentry Bronson, my lyricist collaborator. Having gone through a recent decimation in his own personal life, we both had the context of gazing at a life in ruins. I remembered so clearly my vision of my resolute form standing, silhouetted, alone against a red sky of doom, surrounded by smoldering ruins. And yet, my take away from that sight was: “But, I am still standing.”

Hence We Carry On.

We carry on after hardship, and loss, and confusion, and destruction. It is just what we do. It is one of the greatest qualities of human beings; our resilience.

We Carry On (single) Fundraiser for 2017 Sonoma County Fire Victims

That is what this song is about, and it arrives about 2/3 of the way through the CD, hearkening the turnaround towards acceptance.

The composing and arranging process began with uncovering that great loop in my library which opens the song, and which had the haunting sound of darkness and pain, yet promise.

When I laid that down, the melody arrived almost immediately, as did the rest of the arrangement for the verse, which included the sounds of wind and explosions to evoke the annihilation.

But then, that was when the trouble appeared.  I knew where the chorus had to go, and what I wanted in it, and how I wanted it to sound. But finding that sound?

It literally took me over a year.

I remember agonizing days spent in the studio trying different patches and loops, resulting in the proverbial digital equivalent of crinkling up the paper into a ball and throwing it into the trash can in disgust.  I nearly gave up on this song.

But, I am a pretty stubborn mule sometimes.

Tackling this song became an exercise in sheer will power. Just the thought of it shut me down; and there were days on end when I would set my intention: “I am going to work on the chorus for We Carry On“.  And then I would either avoid the studio altogether, or work on something else when I was in it.

Finally, the day came when, for whatever alchemical reason, my will power matched up with my  inspiration, and I uncovered the right sound for the chorus.

I knew it when I heard it, and although it still required more tweaking and massaging and manipulating, I had finally completed this song. Hallelujah.

And you know, the fact that this song, which is about our resilience and strength, was such an act of sheer willpower is not lost on me. . .

That is what I love the most about creating art and music: how it is such a direct reflection of our inner worlds, sometimes in spite of ourselves.